This is really cool!

Besides syncing your Wiimote with your Bluetooth-enabled laptop, you can further make use of the Wii remote and Infrared (IR) light pens to turn a whiteboard interactive or your laptop into a makeshift tablet.

The timing seems right to link up Aussie and Chinese schools with both Hong Kong and Aussie schools getting IT specific handouts next year.

I have to say the Hong Kong model at least seems more consultative than the Aussie one. This article makes it sound like the government is keen to throw the money at the schools, especially those that  are probably in the least likely position to use it wisely. The EDB of Hong Kong on the other hand have at least released a consultation document.

Let’s hope that both governments take the very novel approach of listening to educators at the chalk-face!

I was of the understanding that the Asus EeePC was not avilable for general retail but this is clearly not the case judging by this Sydney Morning Herald article.

It was also interesting to read that “We’ve had a lot of schools coming in making multiple purchases.” I thought that schools did not have to use the retail channels in Australia? Interesting article indeed.

A good friend sent me a link to Stephen Heppell’s recent keynote at the Scottish Festival of Learning. http://www.ltscotland.org.uk/slf/video/index.asp 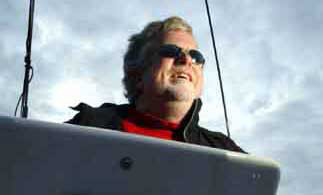 There are so many great ideas in this keynote that are worthy of mention. I think that the best, however, has to be for me the comment about formally recognising that a lot of learning in schools should and is done by the teachers and we need to do something about acknowledging it. Quoting Heppell:

Now what do we do about becomes really quite exciting(sic)? What I’m trying to do about it is this, and I’m really excited that this has started in Scotland as one of six countries in the world where we’re kicking this off. Scotland and Wales in this part of Europe, and Sweden, Australia, China, and I’ve forgotten somewhere. So the idea is a very simple one. The idea is that we ought to be able to recognise schools as places that move research forward, and taking about a third of a school staff at a time, the hypothesis is very simple. The hypothesis is our school could be better, and what we mean by better could be pretty complex. You know, could be more joy, more learning, more attendance, more employment after they leave, more whatever. And the schools will choose, I don’t want to impose that choice on somebody, you’re in different places, different context, different cultures.

The scholarship is to look around the world and see what ingredients other schools have developed and tested. What are the good ideas? You’re swapping great ideas with each other over the coffee bar here. I wonder what they’re doing in New Zealand and Australia, people here from Singapore, fabulous stuff going on Singapore at the moment. I had a project out there, EduQuest, where we were arming children with video cameras to write up science experiments during primary school that normally they were doing in secondary school. And it turned out they were writing up the science experiment with a video camera, you know, and they were quite capable of understanding the science and the scientific method and scientific error and the progression and so on in a way that the formality of the written scientific method had precluded. So now in Singapore they’re building science labs in primary schools all over the country. So what the other guys doing that we might borrow from.

And then having borrowed those good ideas, what our action research is very simply to take those recipes, to take those ingredients, and build our own local recipe, and try and improve the school. And when it’s improved, and only when, then build an exhibition. Face to face with the parents, the children, the policy makers for everybody, and online so that we’ve got a place where our success can be shared. Now there’s a lot of schools around the world, 1.17 million schools in China. So, you know, we only need a few tens of thousand each year reporting their successes and you can see this is going to be pretty good.

Where do you go from there? Well it gets really quite interesting. Where we go from there is that having made that improvement, having evidence that the metrics, having built successful exhibition, a third of the staff get a doctorate, together. There’s no individual examination, they all get one. And then the next third start. It works out roughly right with a third because you wouldn’t want to turn up in a school and start a job and the entire staff of the school have all just got a doctorate, and it’s “Oh god, it wasn’t me.” So a third works out about right.

I love the sound of this. Anyone got any more information about this sort of program running successfully in schools?

Am about to start a series of workshops for teachers in local Hong Kong schools wanting to get involved in podcasting. Am going to be using Softease’s Podium Product to ensure that we can achieve the most in a single morning session.

Two things I am on the lookout for here:

Secondly, I want to try to get some references to some great podcasts by kids. I am looking for some podcasts that really show how kids have worked on their language skills to be able to produce the podcasts.

Welcome to My Blog!

These random thoughts are here to support teachers from all sectors in the Asia Pacific Region. It is also a place to share thoughts and reflections on how learners can get the best from living and learning in "Asia's World City". Hope you get something from my all too erratic posts. Enjoy the read and please, leave a comment. Paul